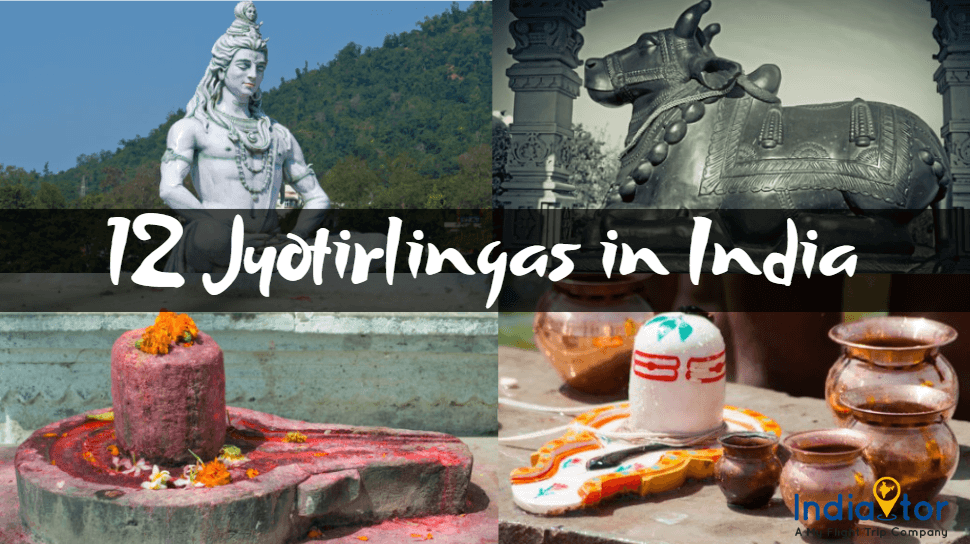 in Temples In India, Things to do India, Tour and Travels India

Mahadev, or Lord Shiva, is considered to be the epitome of power, anger, and peace at the same time. He is well thought-out to be the Lord of the Gods. People worship him in many forms and each form has its own significance and prosperity. The normal notion all over the world is that due to certain incidents, the different Jyotirlingas came into existence. Here’ complete information about the 12 Jyotirlingas in India and their specific significance and relevance in the Hindu mythology.

What are the 12 Jyotirlingas in India?

It is believed that Somdev was the moon-god who had neglected his wives who happened to be the daughters of Daksha Prajapati in awe of a celestial maiden. Finding out about his interests, Daksha Prajapati cursed him that all his valor and luster will be consumed by the darkness of the night. Somnath started praying to the Lord for years and finally, Shiva appeared before him only to bless him to thrive in his brilliance for 15 days in a month. To this, Somdev dedicated the temple to Lord Shiva. Now Thousands of devotees travel to India, especially during the month of Shivaratri to offer their prayers and wishes. 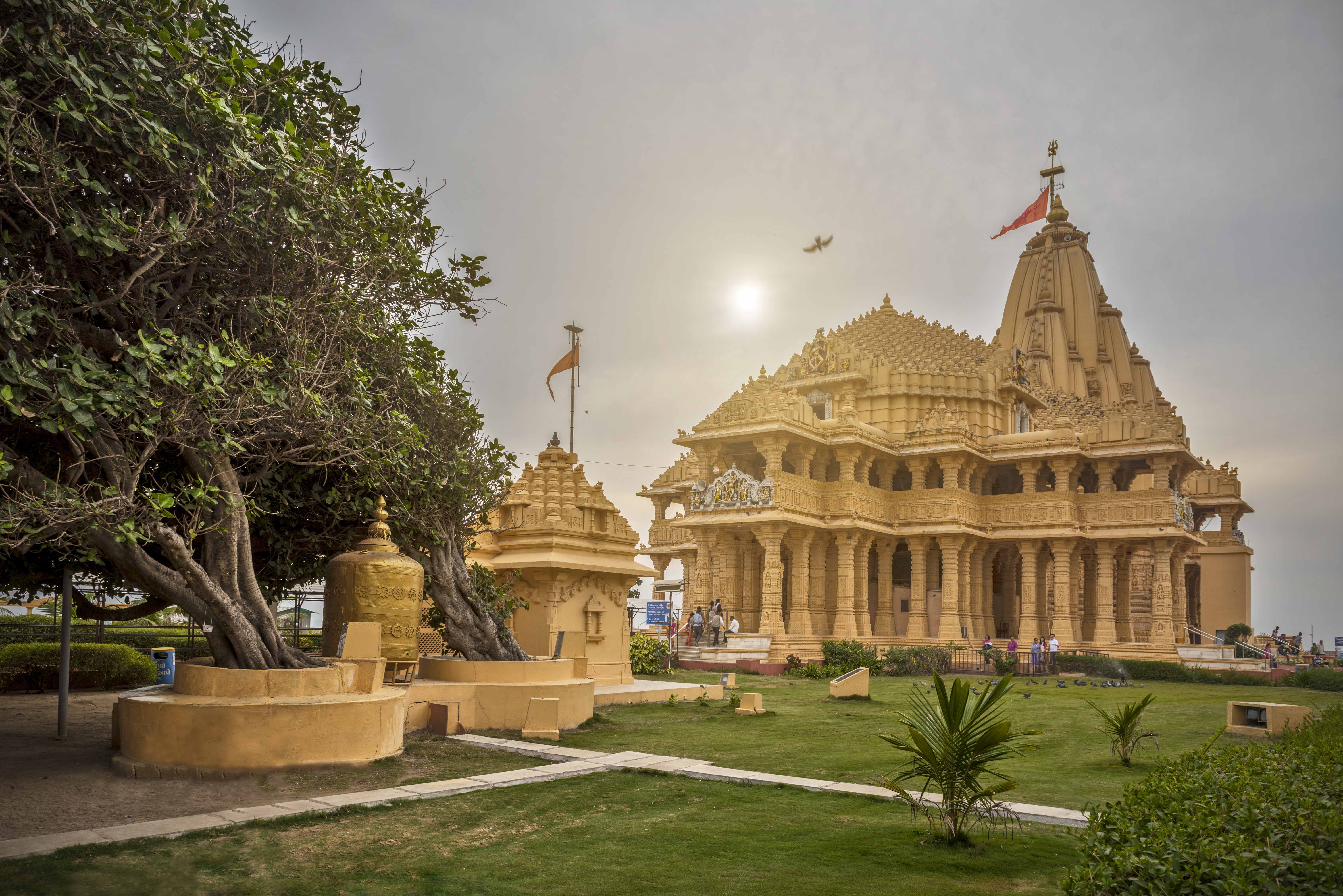 This temple is another important shrine of the Hindus among the rest. It is situated on a hill called Shrisailam in Andhra Pradesh. It is believed that Lord Shiva took the form of a Jyotirlinga when he came here along with his wife, Parvati, to calm his son, Kartikeya, as he was infuriated due to the marriage of his brother, Ganesha, before his own. This temple constitutes the deities of the lord known as Mallikarjuna and Parvati or Bhramarambha. 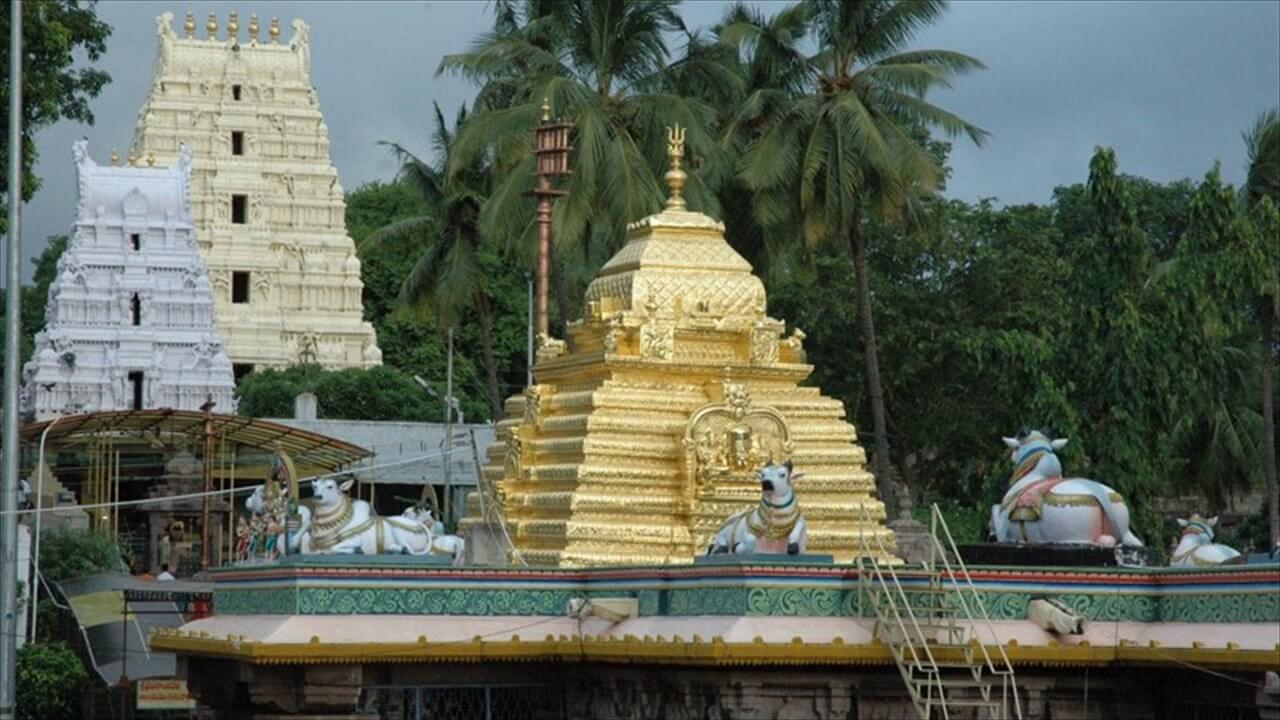 Sited in the ancient city of Ujjain, Madhya Pradesh on the banks of the river Kshipra, this Mahakaleshwar temple is one of the top tantra-temples of India besides being one of the 12 Popular Shiva Temples in India. It is believed that Mahadev appeared from the grounds in Ujjain to vanquish a demon called Dushana who tortured the people of the city and had crossed its boundaries. After killing the demon, he took the form of a Jyotirlinga and since then he is residing in this city. 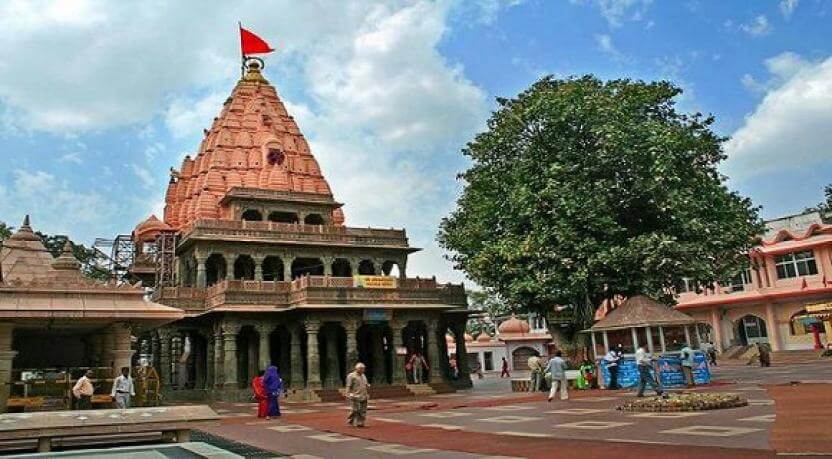 It is believed that the island on, which this temple has been built takes the shape of an “OM,” which is a spiritual sign in the Hindu mythology. It is also believed that the Linga worshipped by Vindhya Parbat was split into two halves namely the Omlareshwar and the Mammaleshwar. Another saying goes like, the King Mandhata along with his two sons performed penance and perceiving their dedication, Lord Shiva appeared as a Jyotirlinga. While a third story suggests that Lord Shiva came in the form of Omkareshwar to defeat the asuras during a violent war between the devas and asuras. 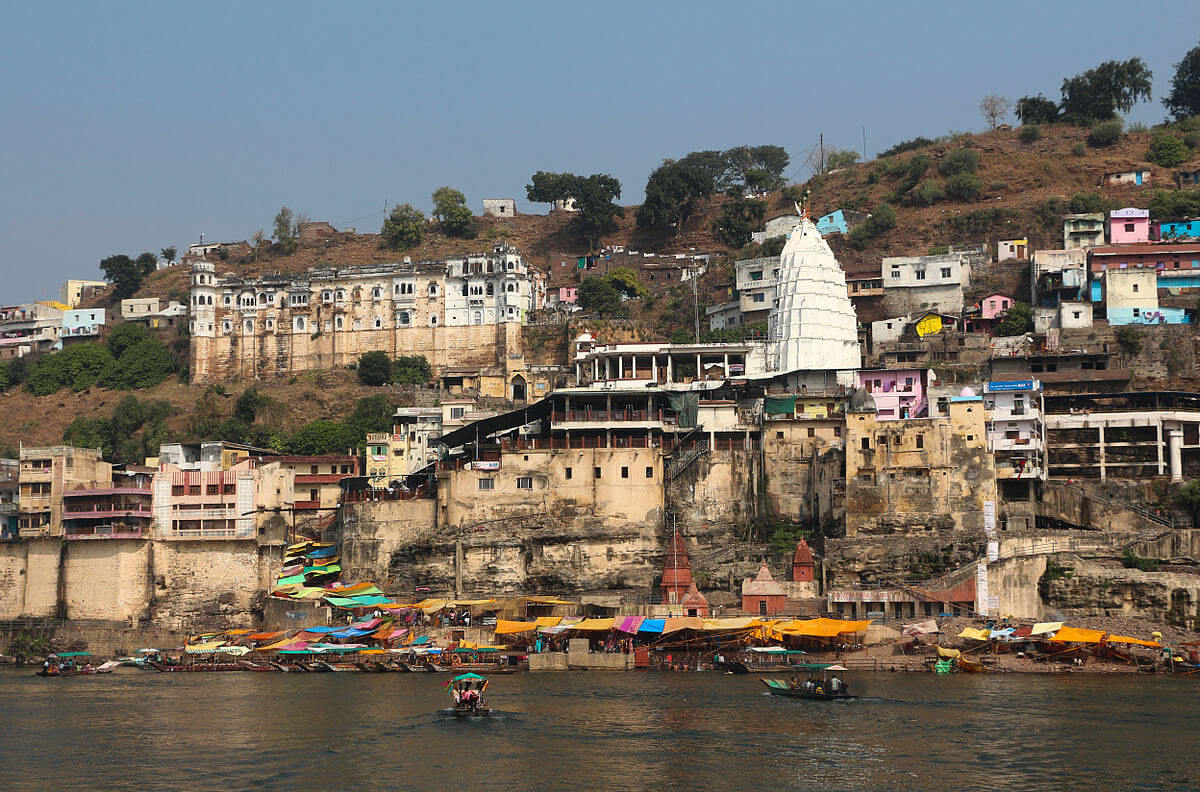 The fifth Jyotirlinga is located in the beautiful state of Uttarakhand. The Pandavas desired to throw their sins away so that they could go to heaven. However, they were told that it was only possible if they could see Lord Shiva and seek his blessings. It is so believed that they got a glimpse of the Lord, where the temple is situated today. 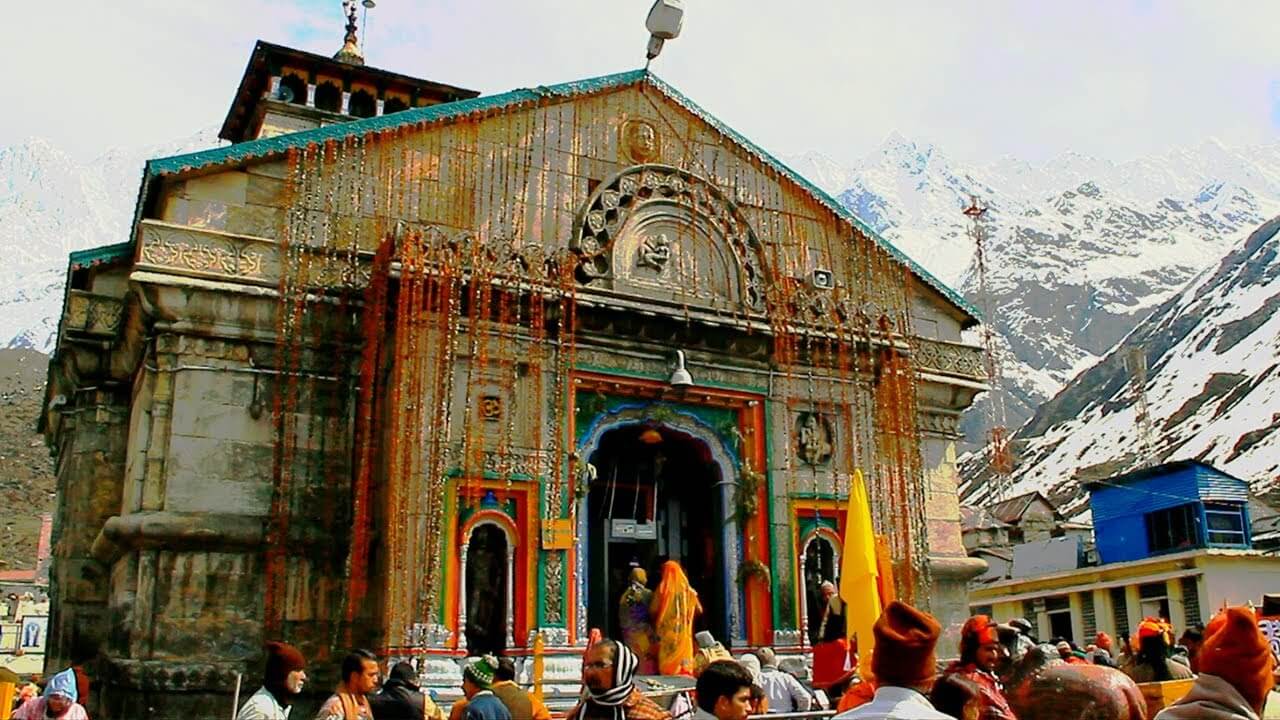 Bheema started to pray to the Lord and was granted the wish to possess great powers. He misused his powers and killed innocent people, torturing saints and killing children. He held one of the Lord’s devotees captive and asked him to worship him and not the lord. When he denied, he went ahead to kill him, while Shiva intervened and killed Bheema instead. Since then Shiva manifested himself as the Bheema Shankara Jyotirlingam. 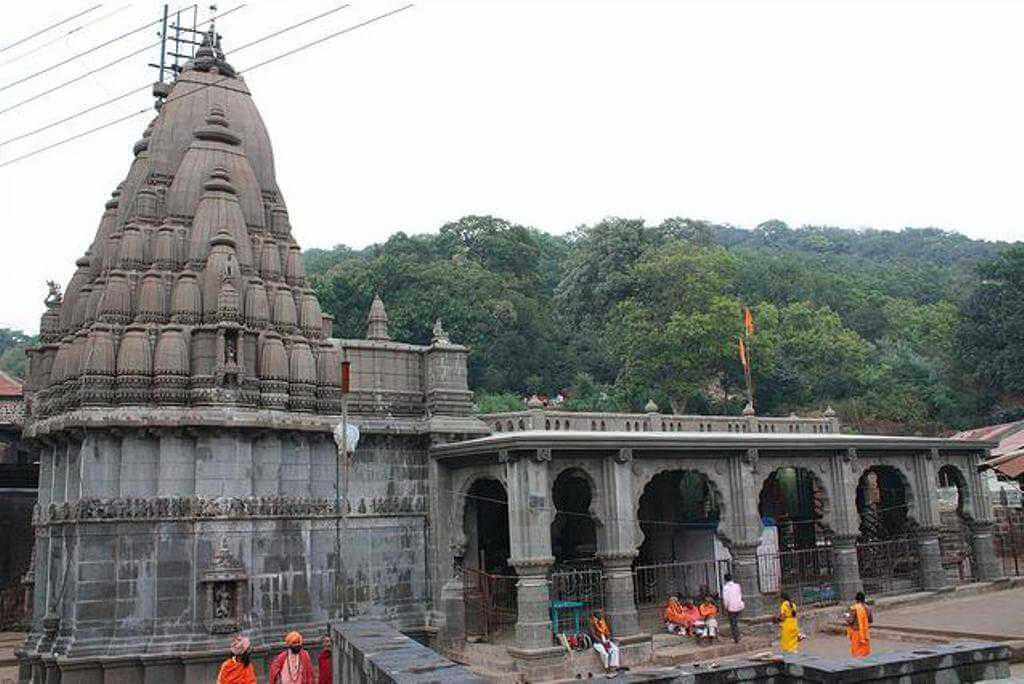 Kashi is considered to be a holy city, which is also known as Varanasi or Benaras and dwells on the banks of river Ganga in Uttar Pradesh. It is believed, to end an ongoing battle between Brahma and Vishnu, Shiva appeared in the form of an endless pillar and the one to find the end would be considered supreme. Though both of them were unable to do so, Brahma lied that he did. To this, the lord got furious and conferred the title of supremacy to Lord Vishnu. Even though the pillar vanished, a part of it was conceived as the Jyotirlinga. The Varanasi tour packages include a complete guided tour of this temple and its history.

Gautam Rishi was blessed with a bottomless pit by the Lord to which the other rishis got jealous. They sent a cow and got it killed near his place, which was considered as a heinous crime. Gautam Rishi then prayed to the lord to let a part of Ganga flow through his part of the land and Shiva granted his wish. The Lord decided to reside there by the name of Trimbakeshwar and fulfil all desires. 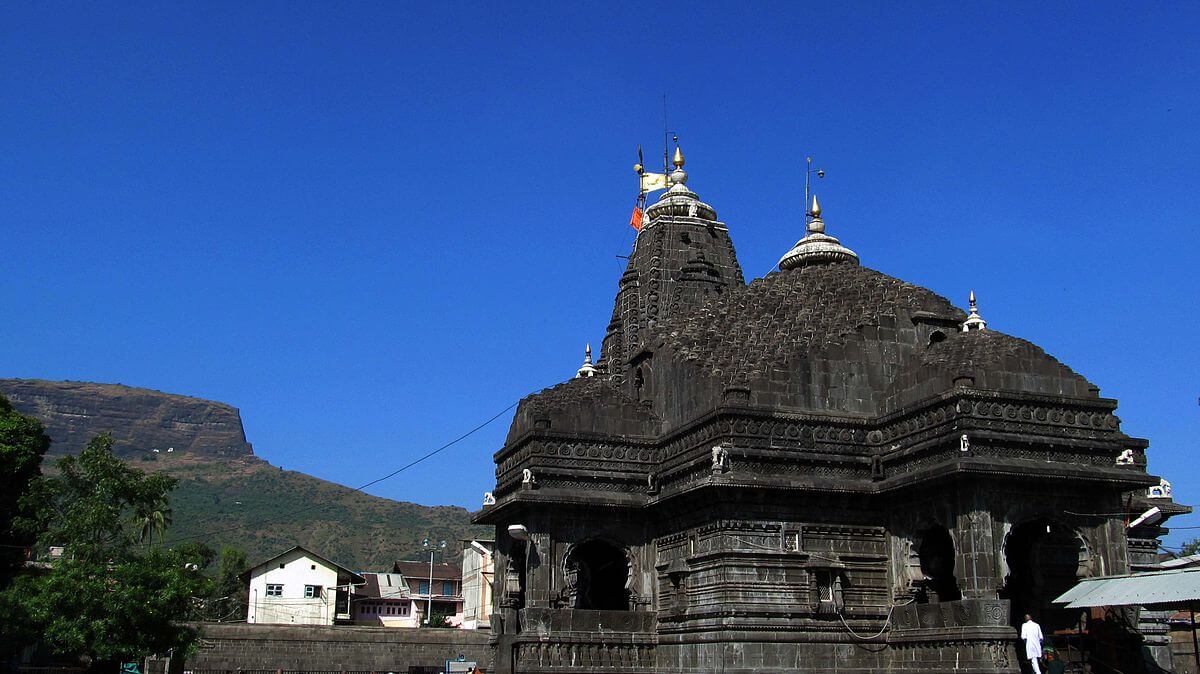 According to the beliefs, Ravana once had to offer his evening prayers to the Lord but was unable to do so with the Jyotirlingam in his hand. So, he found a shepherd boy whom he asked to keep holding it for him and not to place it on the ground. To this, the boy said if there’s a delay in his prayers he would do that. This boy was Ganesha and had been there on the request of the gods. He put the Lingam down and disappeared. Ravana was upset, but could not remove it with all his might. It is still there, and a temple has been built around it.

It is believed that there was a Shiva devotee named Supriya who lived in this area. She was once held captive by a demon named Daroka. She prayed to Shiva and he catered to her calls and killed the demon. Since then, it is believed that he has been residing there in the form of Nageshwara.

The Rameshwaram temple in Tamil Nadu is one of the Char Dham. There are two Lingams here, brought by Hanuman and Sita. This is the place where Ram worshipped Shiva after he defeated Ravana. It is hence considered to be a sacred place of the Hindus. 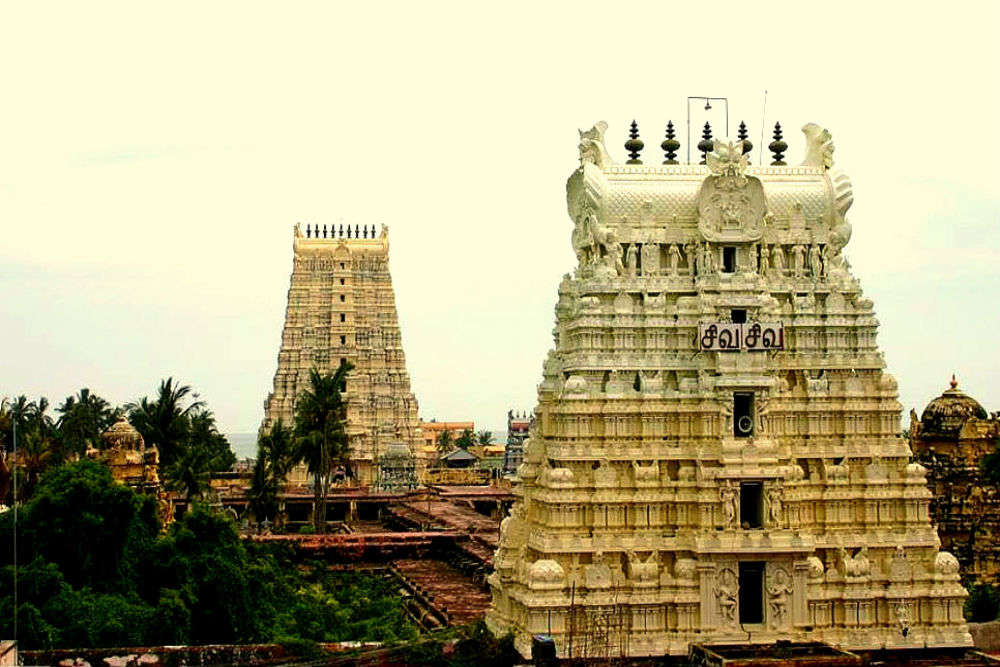 The cause of the existence of this temple has a very famous legend attached to it. It is believed that there was a religious woman Kusuma who used to worship Lord Shiva every day. Her daily ritual was to immerse his Shivalingam in a tank, but her husband had another wife who was extremely jealous of her dedication. Hence, she killed her son because of, which Kasuma was extremely shaken. After her son’s demise as she continued with the rituals, miraculously, he came back to life again. Lord Shiva appeared in front of her and manifested himself there in the form of Kusumeshwar Jyotirlingam. 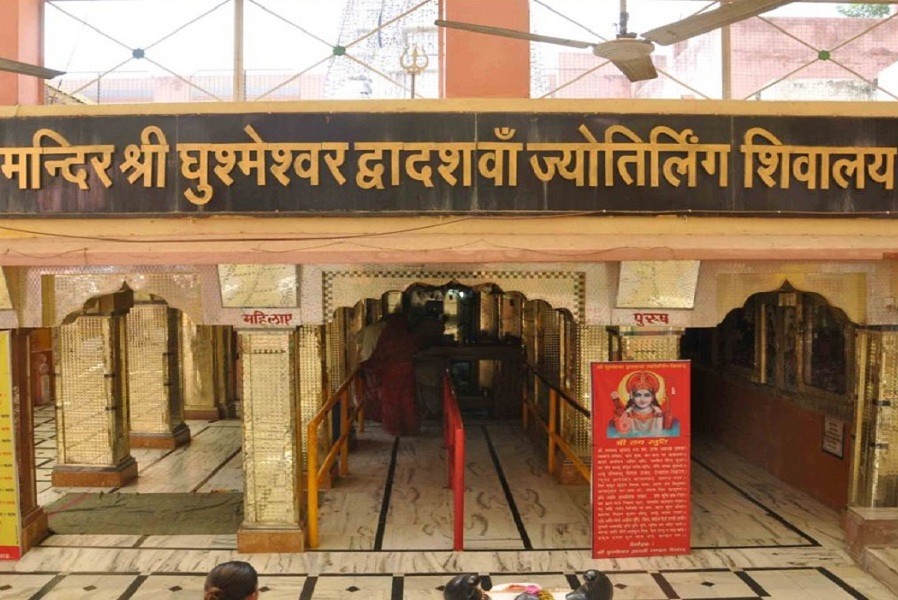