Jaipur, the Pink City and the desert capital of India, captivates all those who embark on a Jaipur sightseeing tour. The architectural brilliance combined with the soothing pastel color palette of the monuments is one of a kind and makes locals as well as tourists stop in their tracks and admire the details that get richer with every new glance.

Are you someone who appreciates getting lost in your thoughts while witnessing the glory of monuments from a bygone era? Pack your bags, because we are going to create an itinerary of ancient buildings that would keep you in a trance!

If you want to know how you can make the most of Jaipur tour packages, here’s the article that you should read!

The name of Jaipur is almost synonymous with the famous and iconic Hawa Mahal. The monument’s name, which literally indicates ‘Palace of Winds’, was inspired by the craftsmanship demonstrated in the numerous screens and windows and lattice design. These architectural details were initially created to ensure that the women of the household could witness public festivities without being noticed and observed.

The by-product was that it allowed wind to easily flow through the crevices of the building. Sadly, most of the windows have been sealed now. However, even though you might not feel the erstwhile bursts of wind while visiting Hawa Mahal on a Jaipur fort tour, you’ll be able to briefly glimpse at the past. 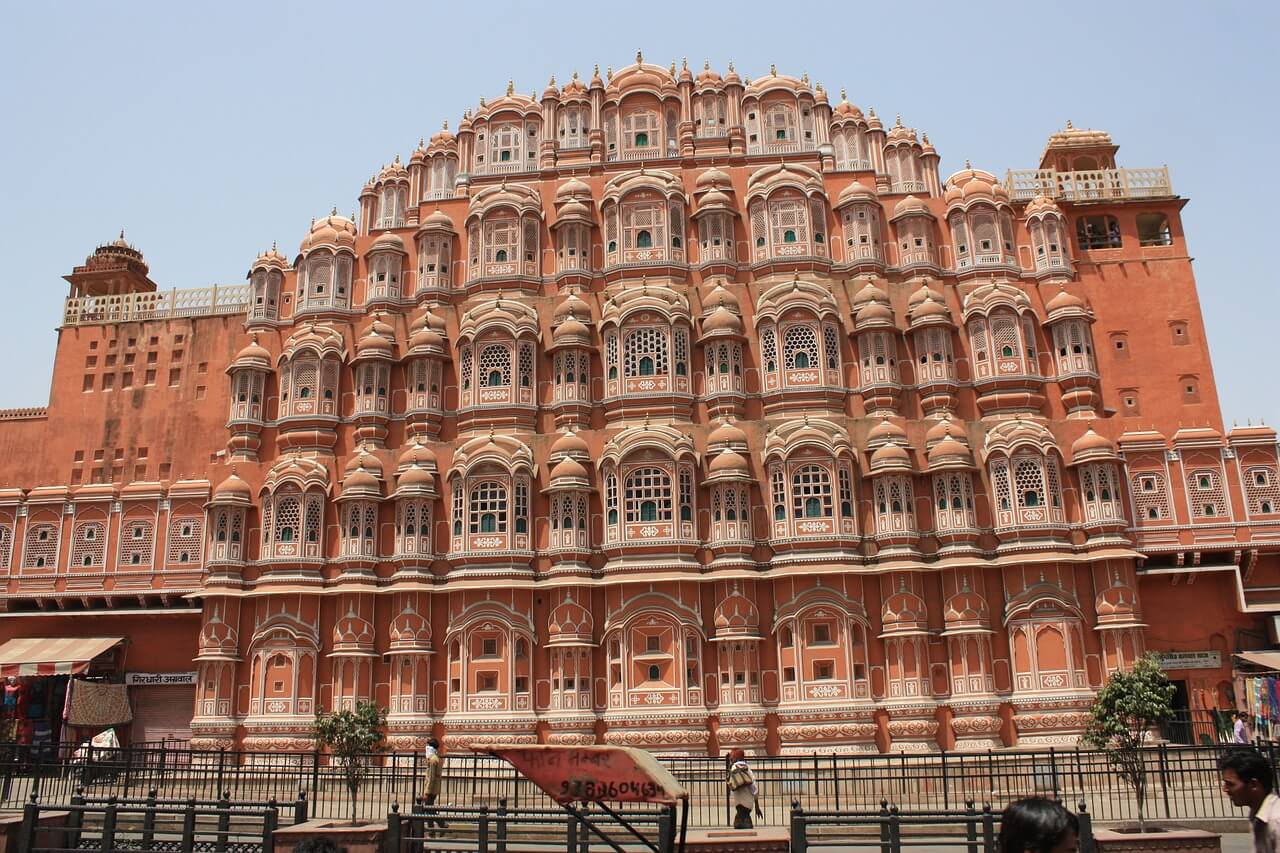 It is the dream of every child born in India who has read the history of how King Jai Singh II helped build Jantar Mantar, the royal observatory, to visit this monument. Jantar Mantar or ‘Calculation Instrument’ comprises fourteen geometrical structures, each of which accurately performs an astronomical function like locating the stars, forecasting when eclipses would occur, and measuring time. However, the one for which you should be on the lookout is the Samrat Yantra, a sundial that demonstrates the quickness with which time passes. 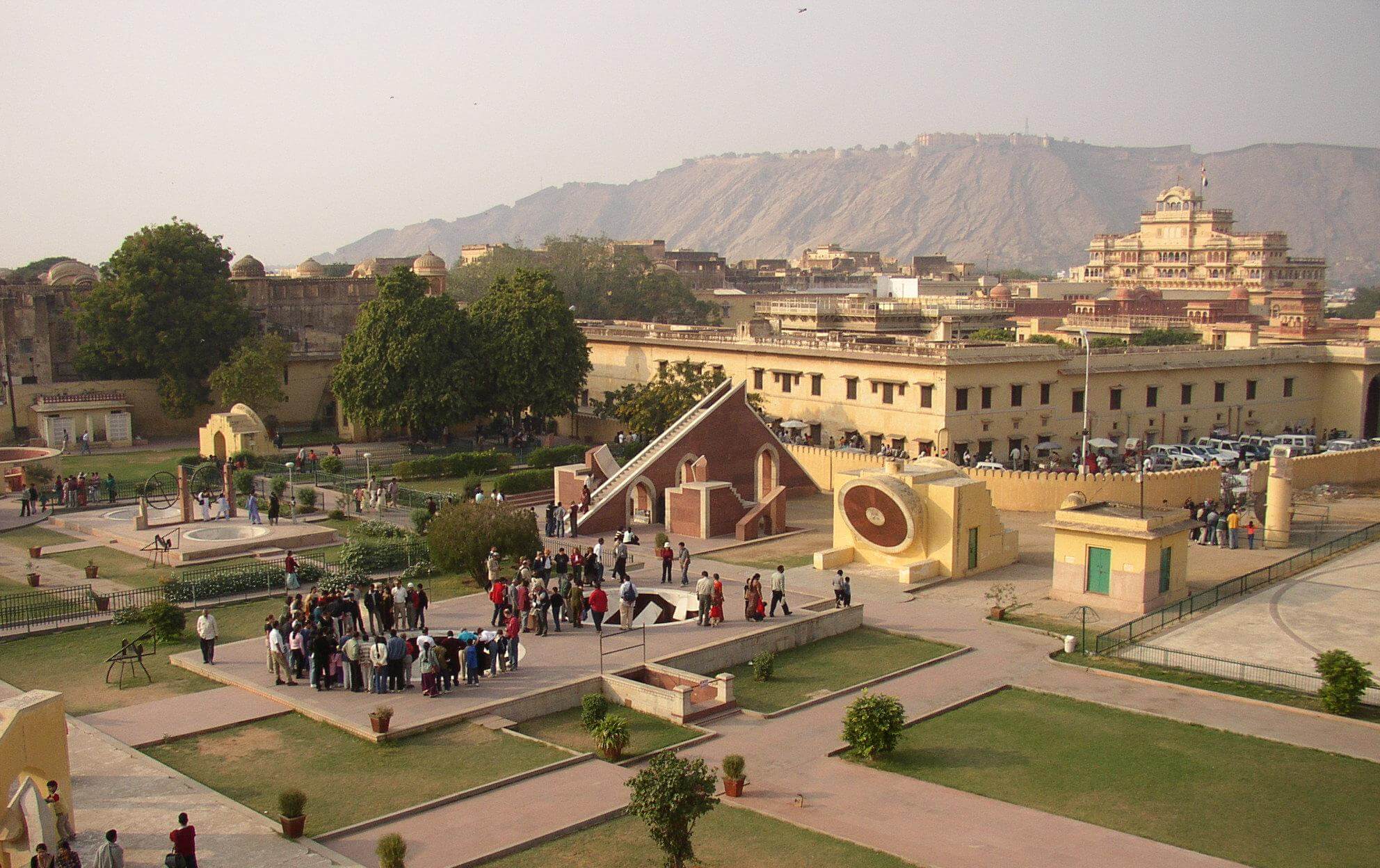 City Palace: A Reflection of the Opulence of the Royals

Indian architectural history is incomplete without a mention of the Mughal invasion and influence. The marriage of traditional Rajasthani and Mughal architectural forms can be perceived in the City Palace. The abundance of gardens, courtyards, and buildings scattered over the expansive complex is a sight worth beholding.

If royal finery interests you, then make it a point to visit the museum inside the palace, which contains warriors’ weapons and royals’ clothes, as well as the admirable artworks and paintings in the art gallery of Diwan-i-Aam (Hall of Public Audience) that has domed doorways, decorated ceilings, and marble flooring. Don’t forget to witness how bright peacocks decorate the intricately designed Peacock Gate and make the most of the photo opportunities. You’ll surely be glad that you decided on a Jaipur city tour after a visit to this palace.

Amber Fort: The Choice of the Cinephiles

The brilliance of this unique fort was mostly clouded in obscurity until Sanjay Leela Bhansali, a filmmaker, decided to glorify it in his magnum opus Bajirao Mastani. Even though you can take a jeep to the fort that overlooks Maota Lake, we would advise you to enjoy the pleasures of an endearing and unforgettable elephant ride.

Once you reach the fort, notice the ornamental carvings on the Ganesh Pol Gate and take in the beauty of the white and red sandstone. Get lost on a walk through the Hall of Mirrors, which would give you the impression of a starry night sky with its gem-encrusted walls, peek through the tower openings, and feel like a royal while wandering through the beautiful royal gardens. If you can spare some time in the evening, do try to witness the light and sound show in the evening. 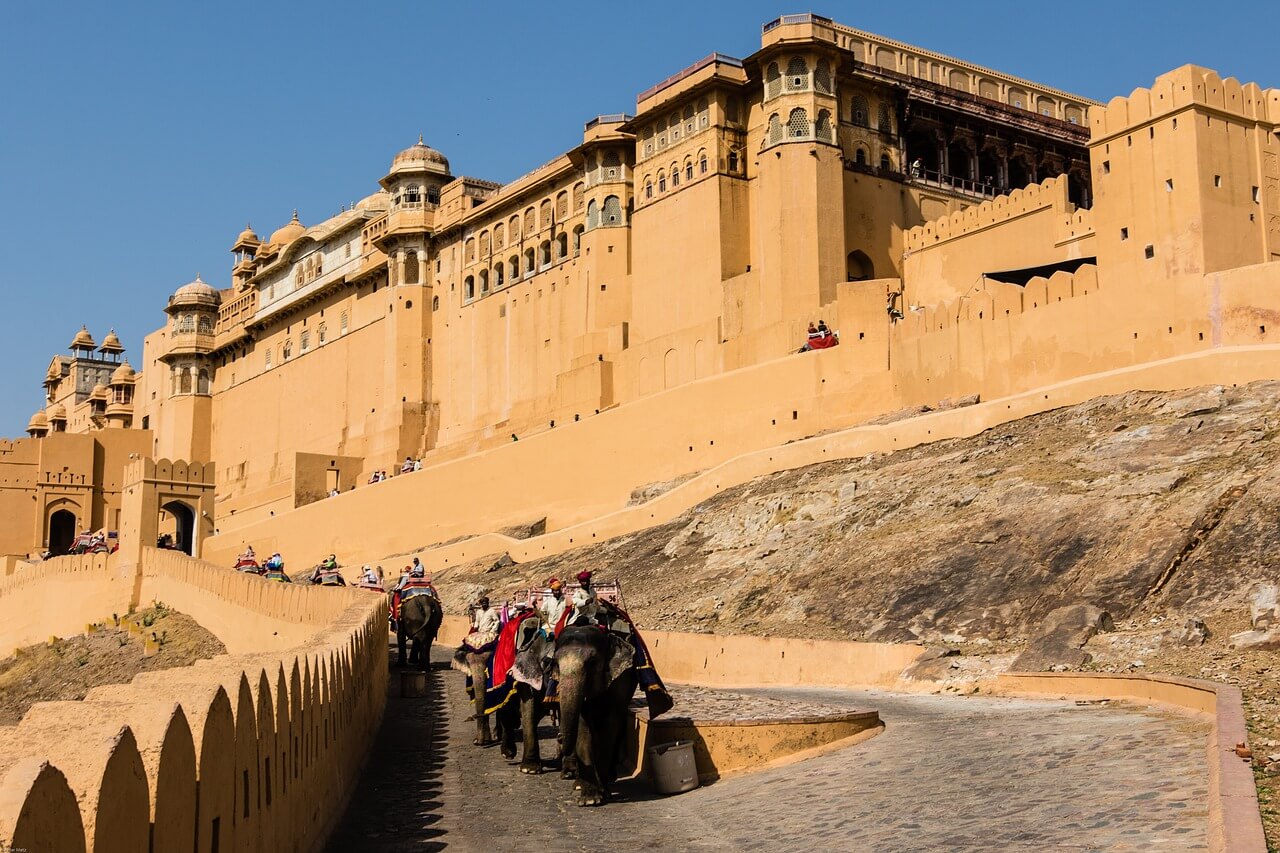 We would advise you to take out ample time out of your early travel plan and dedicate it to visiting Jaipur, as the monuments that we have listed above are definitely the top attractions in Jaipur and missing any one of them will be blasphemy, to say the least.