Here is why you should take Old Delhi Walking tour

Old Delhi and New Delhi are two peas in a pod established and flourished fairly well under the reign of Mughals. The charm of Saddi Dilli somehow seems to fade in front of the bling of modern demands. If you want to see the real deal, then the Old Delhi Walking tour is just right for you.

The Mughals shifted their capital from Agra to Shahjahanbad (now Old Delhi) in 1639. That was the golden period when the sleepy town slowly turned into the epicenter of art and architecture. The Mughals built pre-eminent monuments with considerable virtuosity. A number of monuments including the famous Red Fort is a gem from the Mughals. Their golden memories are kept alive by these rustic ruins which spread the feel of Delhi in Mughal era.

The Heritage Walking tour throws light on the stunning historical places built by Mughals. Get transferred to the era of Mughals with the visit to following places in Old Delhi –

Red Fort, also referred to as Lal Quila is a historical monument built by Mughal Emperor Shah Jahan. The fort is made of red sandstone and features high-rise boundaries. It houses a museum inside its premised. The remarkable monument is built by architect, Ustad Ahmed Lahauri, who is also famed for constructing the world-famous Taj Mahal. The fort is also of political importance as the Prime Minister of India gives a speech on every Independence day from its ramparts. 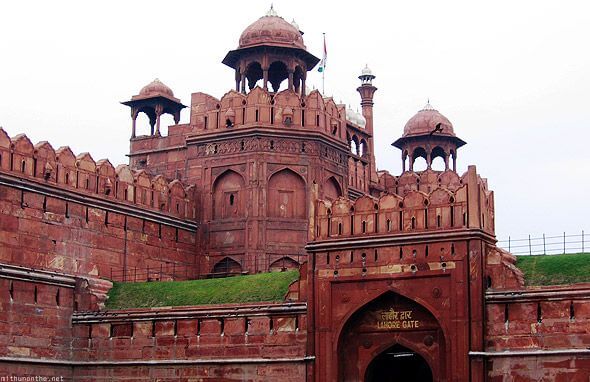 Chandni Chowk is the Oldest Market in Delhi and emanates the true feel of ancient Delhi with bustling markets. The tour operator in Delhi conducting walking tour takes you to the narrow streets of Chandni Chowk where you see an array of food joints serving popular local snacks. It also shows you the largest spice market of Asia ‘Khari Baoli’.  Enjoy the walk through colorful spices inhaling the aroma of varied indigenous spices. The visit is incomplete without enjoying a rickshaw ride in its slender lanes. Also tour Dariba Kalan (for jewellery) and Nai Sarak (biggest book market in Delhi).  Visit the busy market to see the old world feel of Delhi.

Jama Masjid is one of the largest mosques in India with the capacity of accommodating over 25,000 people at a time. It has 3 massive gates, 4 towers and 2 minarets 40 metre tall, made of red sandstone and white marble. The typical architecture exudes the unblended features of Mughals. It is also a major part of the itinerary of Delhi local tour packages. See the intricate calligraphy, massive pishtaq, amazing artwork on the floors and admire the speechless features of the mosque. 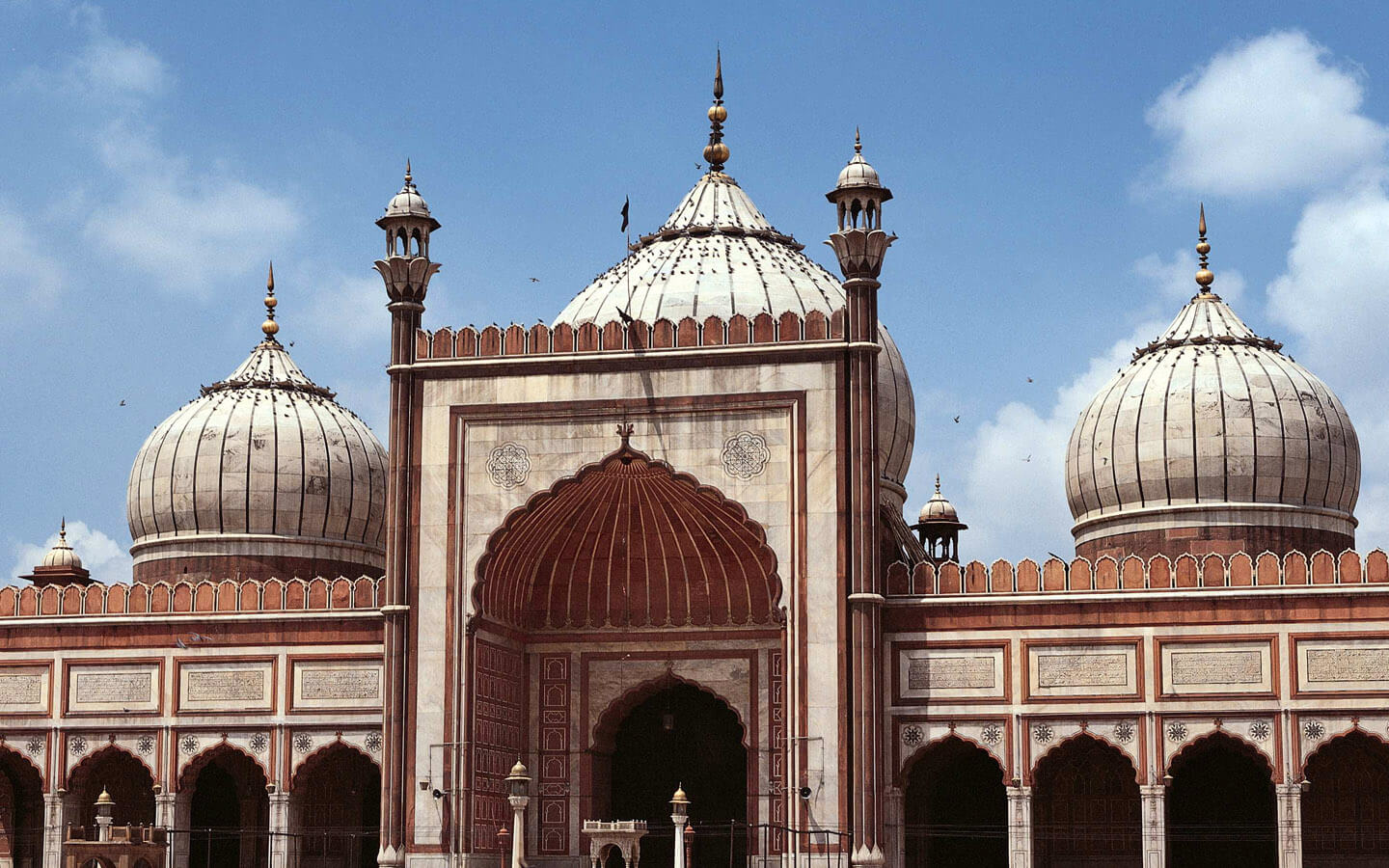 Sri Digambar Jain Lal Mandir is the oldest and the best temple of Delhi. It is located right across the Red Fort in the vicinity of Chandni Chowk. The complete use of red sandstone has labeled it by the name the of ‘Red Temple’. The temple is devoted to Lord Mahavira and you can see a number of shrines including the 24th, Rishabhanatha (the first Tirthankara) and the last Tirthankara of the present Avasarpani era. The main shrine present in the temple is of Lord Mahavira. The temple also has a bookstore from where you can buy books on Jainism.

See the inextricable charm of Old Delhi on your trip booked from the best travel agent in Delhi.