in Forts & Palaces, Things to do India, Tour and Travels India, Travel Tips

Recognized as an important monument in India, Red Fort or Lal Quila is much popular amongst tourists. The red sandstone monument is a beautiful sight in Old Delhi, reminding about the splendid past of Delhi.

It was declared as UNESCO World Heritage Site in 2007 and the light and sound show held at Red Fort Delhi is quite famous as it is based on the history of the fort.

It was constructed by Mughal Emperor Shah Jahan in 1638, got completed in 1648 according to Mughal architecture. It was designed by architect Ustad Ahmad Lahauri and the fort lies on the banks of river Yamuna.

It was the residence of the Mughal Emperors in the 17th century and afterwards Red Fort, Delhi was led by many other rulers. It is known that Emperor Bahadur Shah Zafar was the last Mughal Emperor who occupied the fort, afterwards in 1803, the Britishers ruled the Red Fort Delhi. 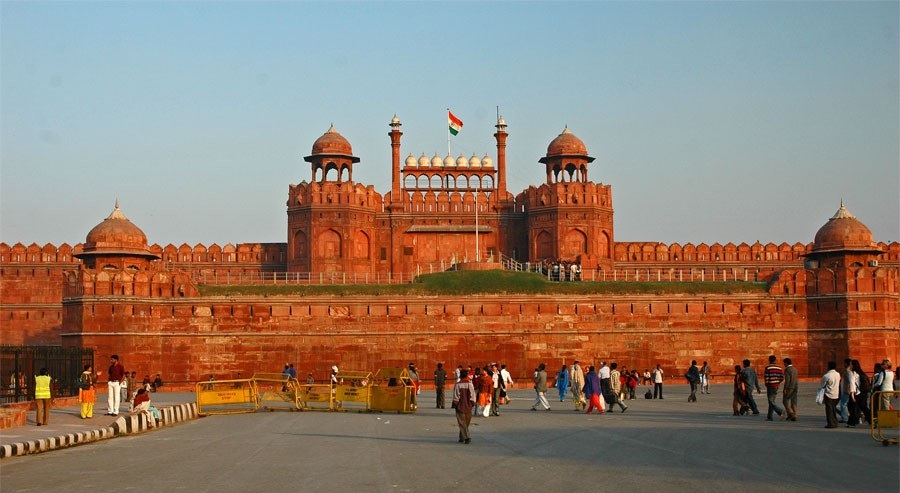 Things to do at Red Fort, Delhi:

You will see there are three gates in Red Fort, Delhi. The Khizrabad Gate is closed while the Lahore Gate and Delhi Gate are open to the public. You can indulge in shopping of household objects, jewelry at Chatta Chowk, which is in front of the Lahore Gate.

There are many buildings in Red Fort, Delhi that is open for tourists to explore. There is an archaeological museum in the Mumtaz Mahal, which contains artefacts related to Mughal Era. You can explore Moti Masjid, Imperial Bath and Hira Mahal present in the fort. You can relax and spend time in the garden.

In the evening, you can witness the Light and Sound Show which is organized inside the fort. It is based on the history of Delhi and Red Fort.

The entry fee for Indian is 35 INR and 500 INR for Foreign nationals. It is open from Tuesday to Sunday and can be visited from sunrise to sunset. The entry fee for Sound and Light Show is 80 INR for adults and 30 INR for children.

The best time to visit Red Fort is from October to March. The summers in Delhi are very hot and one should avoid visiting during summers.

You can board a metro and get down at the Chandni Chowk Metro Station. You can walk to the Fort or take a cycle rickshaw.