The Enchanting: Mohabbat The Taj Show! 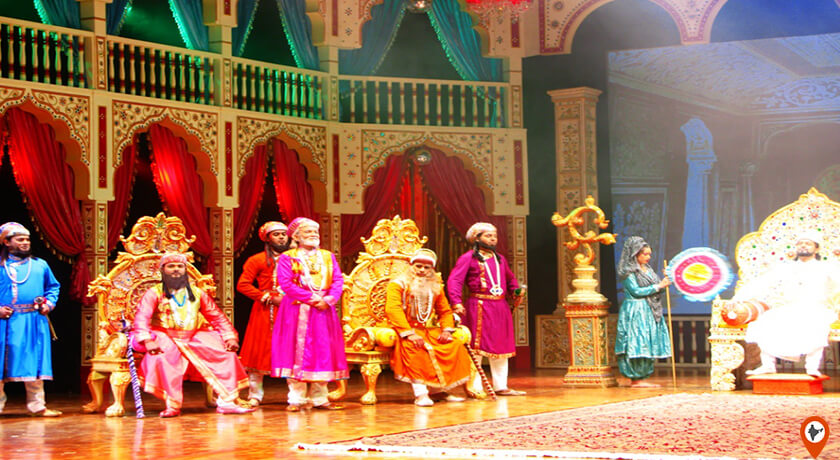 Talk about Agra and you can think of nothing else, but one of the seven wonders of the world, the Taj Mahal. While taking a tour in this beautiful place, you also cannot miss out watching the Mohabbat, the Taj Show, which is a mesmerizing light and sound show that you just cannot afford to miss!

Almost every Indian symbolizes the ‘Taj Mahal’ as the epitome of eternal love stories. Sure we all know it was built by Shah Jahan for his most favorite wife, Mumtaz Mahal, but who actually knows about their love story? Not many, right?

But we are sure you’d be captivated by their touching relationship, and with ‘Mohabbat, the Taj Show‘ you can watch their story come to life by a very impressive drama performed right in front of your eyes, in the evening in the renowned theater known as Kalakriti Cultural and Convention Center. 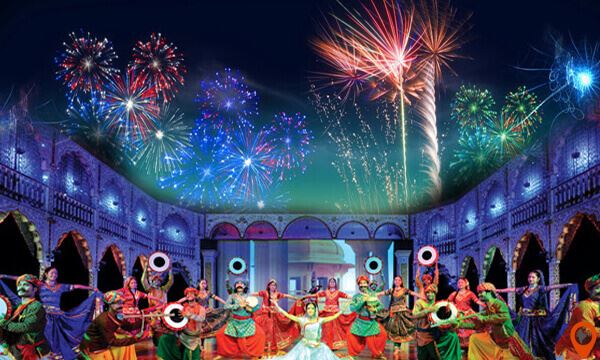 Here you will be exposed to the lavish Mughal style of living as of that in the 16th century, owing to the high-end drama where the most romantic anecdote of Emperor Shah Jahan and Mumtaz Mahal will be displayed backed by dramatic lighting and creative dance performances.

You would be able to catch a glimpse of the 12’x12′ replica of Taj Mahal too because it would be performed on such a massive stage!

Mohabbat the Taj Show is a romantic dance drama that is showcased in both Urdu and Hindi languages and its interpretation is further available in French, English, and German via headphones. Over 80 artists who are extremely talented perform live here, and they are sure to blow away your minds with their overwhelming presentation of Shah Jahan and Mumtaz’s saga, and that too in a high-end theater!

You would not only be under a spell by watching their beautiful story but also get to actually feel you belong to the Mughal era. Their fame, augustness, and parody can be very well observed through this one and a half hours long soulful drama!

This beautiful milestone has been brought to the Capital city of India especially by Kalakriti Cultural and Convention Center, Agra with Al-Noor Charitable Society in an association.

The statuesque show is a must watch for the foreigners at large because it depicts the Indian culture to a large extent, which they are in awe of!

The chairman of Kalakriti Cultural and Convention Centre was noted as quoting “This memorable journey into the history will revive cultural history and present the enriched cultural legacy of our country to the world.” His main agenda was to awaken the interest of individuals (Indians as well as foreigners) in the alluring history and culture of India.

The play is scripted splendidly with dialogues been written by the famous Jalees Sherwani and ghazals composed by the famous Roop Kumar Rathod and the very talented Kavita Krishnamurthy.

The angelic play has sets that are larger than life. It is an 80 minutes’ show that is staged in a replica of the Taj Mahal that showcases Mughal architecture and is in Makrana marble that weighs about 8500 kg that has inlay work, and it also presents shades and moons, that is very much like our very own and ‘original’ Taj Mahal at varying hours of the day.

Thanks to the beautiful costumes and the ostentatious stage, the drama turns out to be an absolute winner, because it sets the mood of the audience who are all ready to witness the portrayal of the 16th century and embrace the Mughal culture and see them come alive!

At your end, you’ll get to choose between 4 categories of seats that are maharaja, platinum, gold and silver that are Rs.4000, 1500, 1200 and 1000 respectively. Book your tickets from indiator now! It’s a 3-hour duration Show.

Though it is mostly recommended for foreigners to watch, every Indian should and must experience this live show at least once in their lives, because of its high stature, and overwhelming performances by a bunch of accomplished artists! Also, you have the option to dine at a fine restaurant in a local place after the show. No complaints right? Do give it a visit!

An insight to the Saga of Love.
Be a part of the lustering light and sound show over the 12’x12’ Taj Replica.
A chance to vision a presentation of a lavish life of the Mughal Empire.
A mouth-watering dinner at a local restaurant.
Comfortable and secure drive in AC car from the hotel to destination and vice versa.

The Best Food-Fests That Will Tickle Your Taste Buds