Where to visit during the Jaipur city tour

Jaipur city is the stunning repository of Rajasthani architectures built by royal Rajput Kings of Rajasthan. The capital city of the semi-arid state of India, Rajasthan has been a top name in flaunting luxury by opulent Maharajas who spend money like water on the extravagant palaces. These ornate palaces, forts and temples are the backbone of Jaipur tourism. The city has since maintained its standard garnering accolades in high-end hospitality by its luxurious hotels.

The charming city was established and named after the Raja of Amer, Jai Singh II, in 1727. He worked deeply on the planning and architecture of Jaipur city with Vidhyadhar Bhattacharya. It is the first planned city of India, making it a must visit with a knowledgeable Jaipur tour guide. In 1876, the then ruler of Jaipur, Sawai Ram Singh I painted the city pink to welcome the Prince of Wales. This gifted the city sobriquet of ‘the Pink City of India’.

Jaipur is the gateway to catch snippets of the Rajasthan with fairy-tale palaces and grand forts which are often mentioned in the fictional tales of royal King and Queens. Live your fairy-tale with Jaipur tour packages and visit the hand-picked places that teleport you straight to your childhood memories of dreamy stories.

City Palace is a palace complex, housing Chandra Mahal and Mubarak Mahal. It is an exemplary fusion of the Shilpa Shastra of Indian architecture with Rajput, and Mughal. The palace can be entered by three richly decorated gateways : Virendra Pol, Udai Pol and Tripolia Gate (triple gate); of which Tripolia Gate is reserved for entry of royals only. It should be on your Jaipur sightseeing, as it offers you a chance to go through the royal formal costumes in a museum in Mubarak Mahal. See the unique paintings, mirror work on walls and floral decorations in the seven-storied building of Chandra Mahal. Also go through museum inside Maharani Palace, Bagghi Khana and visit Govind Dev Ji temple.

Amer (Amber) Fort is a fascinating Indo-Islamic architecture made of red sandstone and white marble on the Aravalli Hills. It consists of Diwan-i-Aam (Hall of Public Audience), the Diwan-i-Khas (Hall of Private Audience), the Sheesh Mahal (the mirror palace), or Jai Mandir, and the Sukh Niwas. The fort boasts artistic Hindu style elements on its several parts with a gorgeous waterfront of Maota Lake. You can reach the fort with a private Jaipur tour with elephant ride. The highlight of the fort is the Sheesh Mahal (mirror Palace), a palace known for its craftsmanship in mirrors.

Hawa Mahal aka ‘Palace of Winds’ is the primordial monument that exhibits an entrancing structure resembling a honeycomb. Its pyramidal façade has 5 stories with over 953 small windows called Jharokhas decorated with fine latticework. It is one of the iconic monuments of the Jaipur city and an integral part of Jaipur day tour packages. You will enjoy the visit to this intriguing historical site for its typical Rajasthani architecture. It looks like the front side, however, it is the back of that structure. The entry to the Hawa Mahal from the city palace side is through an imperial door. 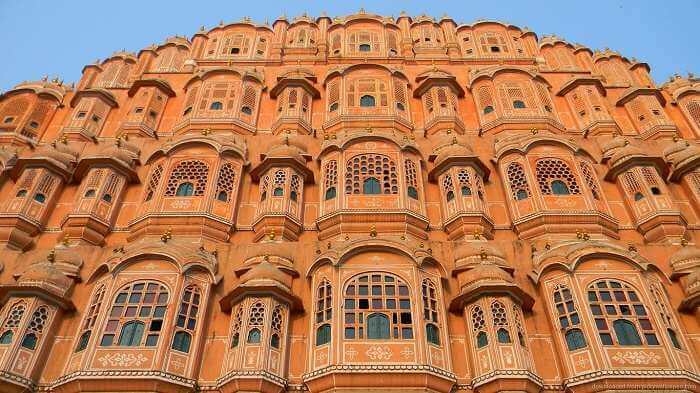 Jantar Mantar is an architectural observatory built by Maharaja Jai Singh II of Jaipur in the 18th century. He built it for the study of the positions of stars, planets and other heavenly bodies. Surprisingly, in the then world of no modern technique, it gave near to appropriate results. It is the largest one of the five Jantar Mantars in India. The striking thing to know about this monument is, it is the world’s largest stone sundial. The UNESCO-listed heritage site displays the collection of nineteen architectural astronomical instruments. 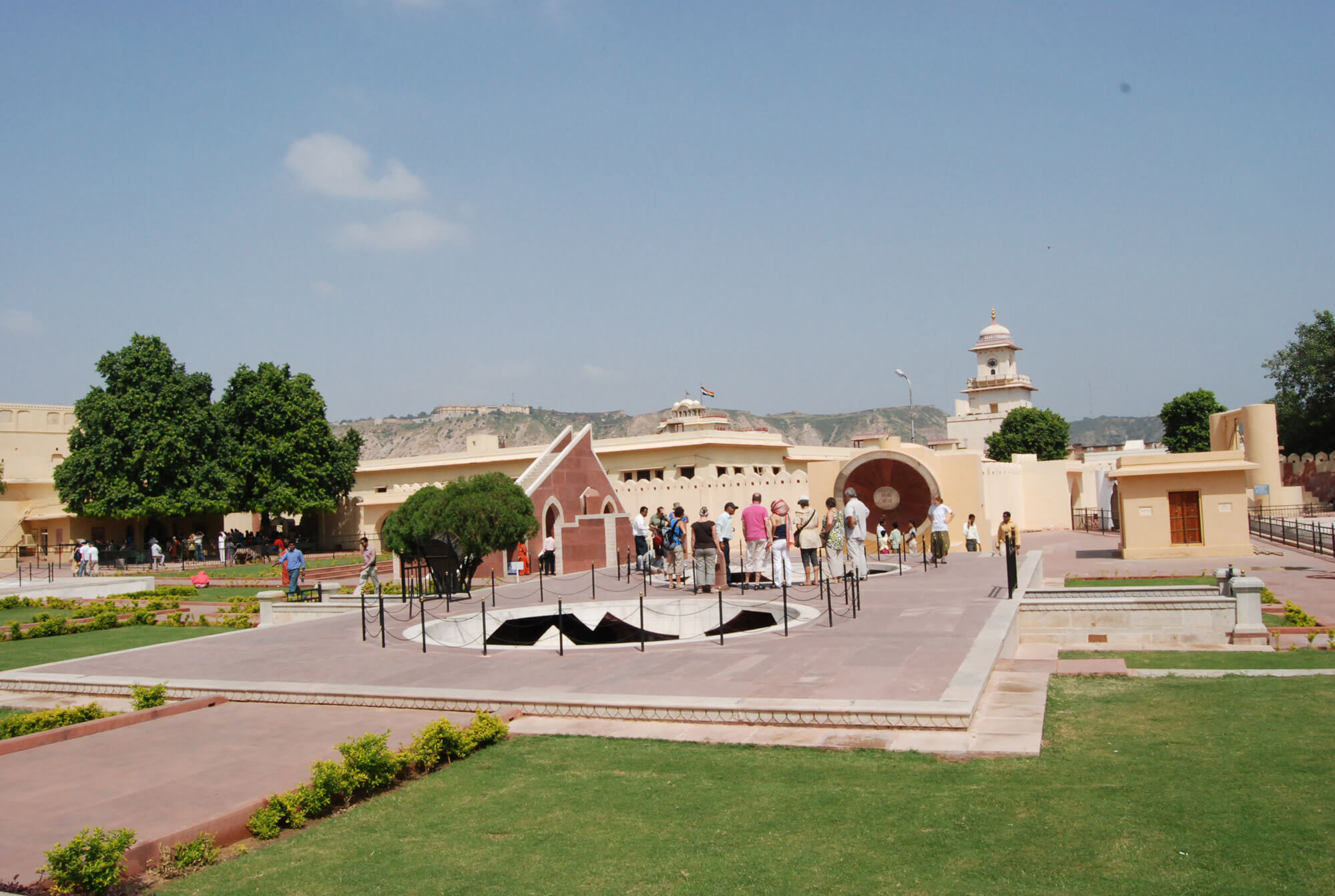 Plan a visit to this wondrous city with ideal Jaipur city tour packages. And experience the down-home royal feel of Maharajas with its rife cultural heritage, including palaces, forts and temples.

Besides the golden monuments, Rajasthan is also popular among keen outdoor enthusiasts for rip-roaring jungle safari and wildlife sighting. One such safari is offered by Ranthambore, famous for significant tiger population. Give a shot to the adventure in Rajasthan with Private Jaipur to Ranthambore Tour.